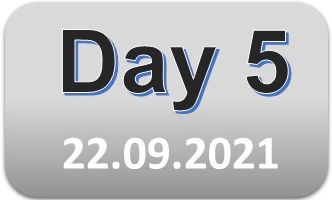 The quarter finals (4 * 10 boards) of the Team of Four - GOLD & SILVER event were played yesterday.

In GOLD event, on table-1, Team MAXIMUS from Bangladesh lost to Team SOLARIS by 23 IMPs. SOLARIS gained 6 IMPs in 1st set and consolidated their lead to 18 IMPs, winning the 2nd set by 12 IMPs. MAXIMUS was able to reduce the margin by 13 IMPs in the 3rd set to start the last set with a meager 5 IMPs deficit. However, SOLARIS did not allow any leverage to their opponent winning the set by 18 IMPs and the match by 23 IMPs.

On table-2, Team RUSSIA was pitted against SHREE CEMENT. The match was a tough one both teams drawing the first set by 25-25. RUSSIA took the lead in 2nd set winning it by a margin of 18-9 but then there was a debacle In the 3rd set as they were totally outclassed by their opponents SHREE CEMENT who won the 3rd set by a huge margin of 75-0 and then RUSSIA conceded the match as one of their important player was facing lot of internet connectivity problem. SHREE CEMENT easily won by 66 IMPs and that was the end of the journey for both foreign teams RUSSIA & BANGLADESH in the QFs.

On table-3, Team TEXAN ACES took a commanding lead against Team MONICA JAJOO winning the first 2 set by 35-11 & 18-6 to lead by 36 IMPs. Though MONICA JAJOO tried hard winning the 3rd & 4th set by 13 & 2 IMPs but there opponents were quite strong for them and TEXAN ACES easily beat them by 21 IMPs to go to the Semi-finals.

On Table-4, Team SLAMMERS who had surprised their strong opponents yesterday in the Pre-Quarterfinals could not continue with their good performance and Team FORMIDABLES had an easy victory against them by a huge 77 IMPs.

The detailed scores of GOLD QF matches is given below:

The roster of the GOLD quarter final teams is given below:

In the Silver event, team PRAYAS beat JIYA by 24 IMPs; DR. SSMC team had better of SAHYADRI by 30 IMPs. The TALLURI Vs. DR. SANGHI match was quite interesting. TALLURI started with a bang defeating their opponent by 66 IMPs in the 1st set but then it was the turn of DR. SANGHI team to shine and they nearly recovered all their losses winning the 2nd set by a margin of 54-0. They continued their good work in the next 2 sets as well finally defeating TALLURI by 16 IMPs. GANGA GOMTI easily defeated JAGORON by 58 IMPs to reach the semi-final stage. The detailed scores of SILVER QF matches is given below:

The roster of the SILVER quarter final teams is given below:

Today the Semi-Final matches (4*10 Boards) will be played. The line up of the SF matches will be:

The kibitzers can watch the broadcast of the SF matches on the website kibitz.realbridge.online. It will be a half an hour delayed broadcast to take care of the security of boards.

GOOD LUCK TO ALL THE TEAMS FOR THEIR SEMI-FINAL MATCHES.

The second major event of the HCL Championships 2021 – the OPEN MATCH POINT PAIRS commenced yesterday. A total of 256 pairs are participating in the event. The event will have 3 elimination rounds, each of 2 sessions of 24 boards followed by the Finals to be played on the last day of the tournament on Sep 26.

226 pairs played in the first session of 24 boards of the elimination-1 round yesterday. The leaders after Session-1 are:

Today the 2nd Session of 24 boards in the elimination-1 round will be played. after which the top ranked 112 Pairs will qualify for elimination-2 round. They will also be joined in the 2nd elimination by by 10 seeded pairs from the losing finalists teams of Gold & Silver.