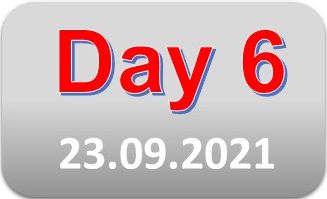 The Semi-finals (4 * 10 boards) of the Team of Four - GOLD & SILVER events were played yesterday.

In GOLD event, Team FORMIDABLES had a carryover of 10 IMPs and won the 1st set increasing their lead to 16 IMPs, but team SOLARIS recovered nearly all by winning the 2nd set by 15 IMPs. With only an solitary IMP lead at half way, FORMIDABLES charged their opponents with full force blitzing them by 58-4 to take a commanding lead of 55 IMPs. SOLARIS could recover only 7 IMPs in the last set and FORMIDABLES were the worthy winners with a margin of 48 IMPs to reach the finals of the GOLD event.

In the second semi-final, Team TEXAN ACES was pitted against SHREE CEMENT. TEXAN ACES wion the 1st set by 11 IMPs and gave nothing away in the 2nd set winning it by 22-0 to lead by 33 IMPs at half way mark. They further increased their lead by 15 IMPs in the 3rd set and tied the 4th set 15-15 to comfortably win the match by 48 IMPs and a berth in the finals of the GOLD event.

Tomorrow the teams are going to take a well deserved rest and on Friday, it will be a cracker of a match with the TOP teams of India fighting it out for the coveted “Naresh Tandan Trophy”.

The losing semi-finalist team will play the play-off match for 3rd & 4th position. Both the finals & play-off will be played in 4 sessions of 12 boards each.

The detailed scores of GOLD SF matches is given below:

The roster of the GOLD Semi-final teams is given below:

In the Silver event, the first semi-final was between team PRAYAS and team GANGA GOMTI. PRAYAS had a nice carryover of 10 IMPs and gained 2 IMPs in the well fought 1st set. GANGA GOMTI came back strongly in the 2nd set to win the set by 14 IMPs and taking a slander lead of 2 IMPs. The 3rd set totally belonged to GANGA GOMTI who convincingly won the 3rd set by 25 IMPs and then further gained 5 IMPs to become the worthy winner of the match by 32 IMPs. There was a penalty of 5 IMPs imposed on PRAYAS by the director and thus the winning margin of GaANGA GOMTI increased to 37 IMPs.

In the 2nd semi-final of Silver event, the DR. SSMC team fought with DR. SANGHI team. Small exchanges of IMPs resulted in DR. SSMC leading by a solitary IMP at half way stage of the match. But the 3rd set saw DR. SSMC taking a substantial lead, when they won the 3rd set by 23 IMPs to lead by 24 IMPs. Dr. SANGHI recovered 9 IMPs in the last set but that was not enough and DR. SSMC team sailed into the final of the Silver event with a winning margin of 15 IMPs.

On Friday, GANGA GOMTI will play against DR. SSMC in the final of the “Team of Four SILVER” event for “Mohini Tandan Trophy”, whereas PRAYAS will fight it out with DR. SANGHI team for 3rd & 4th positions. Both the matches will be played in 4 sessions of 12 boards each.

The detailed scores of SILVER SF matches is given below:

The roster of the SILVER Semi final teams is given below:

The kibitzers can watch the broadcast of the SF matches on the website kibitz.realbridge.online. It will be a half an hour delayed broadcast to take care of the security of boards.

GOOD LUCK TO ALL THE TEAMS FOR THEIR FINAL / PLAY-OFF MATCHES.

The OPEN MATCH POINT PAIRS, which commenced on 21st Sep with 226 pairs playing in the 1st session of Elimination-1 round continued yesterday with the 2nd session of the event. The top ranked 112 Pairs from elimination -1 round qualified for elimination-2 round, which will be played from today in 2 sessions of 24 boards each. They will also be joined in the 2nd elimination by by 10 seeded pairs from the losing finalists teams of Gold & Silver.

The leaders of the elimination-1 rounds are (Provisional score):