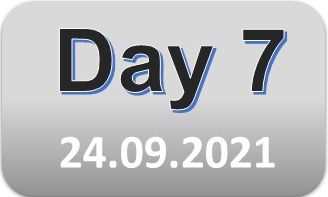 Yesterday was a rest day for the Team of Four finalists of GOLD & SILVER event.

Today there is going to be the clash of titans between the 2 strongest Indian teams FORMIDABLES & TEXAN ACES in the Gold team finals for the “Naresh Tandan Trophy” . The other 2 losing semi-finalists teams SHREE CEMENT & SOLARIS having top Indian players will play for the 3rd & 4th position. The Final & Play-off matches will be played in 4 sessions of 12 boards each. It is surely going to be “thrill a second” entertainment for the kibitzers.

The roster of the GOLD final teams is:

The roster of the GOLD play-off teams is:

In the Silver event for the “Mohini Tandan Trophy” , we have team GANGA GOMTI pitted against DR. SSMC team in the 4*12 boards final. PRAYAS & DR. SANGHI teams will play the play-off match for the 3rd & 4th place. The roster of the SILVER final / Play-off teams is:

The kibitzers can watch the broadcast of the Final & Play-off matches on the website kibitz.realbridge.online. It will be a half an hour delayed broadcast to take care of the security of boards.

GOOD LUCK TO ALL THE TEAMS FOR THEIR FINAL / PLAY-OFF MATCHES.

Yesterday, the 1st session of the elimination-2 was played in the OPEN MATCH POINT PAIRS EVENT.

112 pairs who have qualified out of the 226 pairs, who played in elimination-1 round were joined by the 11 seeded pairs from losing quarter-final teams for the elimination-2 round. To make the field even one of the reserved pair was taken. The first session was played yesterday and the 2nd session will continue today evening. A total of 52 pairs will qualify from elimination-2 to elimination-3 round.

The leaders at the end of session-1 of elimination-2 rounds are: