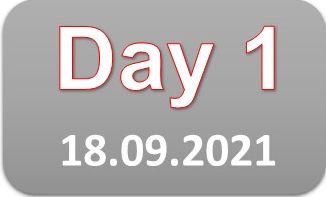 The 18th HCL International Bridge Championship commences from today. The Nine-day Championship (18th to 26th Sep 2021) is being held online on the Real Bridge platform due to the COVID-19 pandemic.

The annual HCL International Bridge Championship is taking place after a gap of a year due to the pandemic. As one of the most awaited Bridge events in the country, it witnesses participation from players across all age groups. All top teams as well as upcoming teams across India participate in this prestigious event.

This year, the championship will witness participation from 130 teams with over 900 players from countries including UK, Russia, Indonesia, Singapore, Bangladesh & UAE. The Championship is offering a total prize purse of Rs. 2 Million and is being held under the auspices of the Bridge Federation of India.

Speaking about the Championship, Mrs. Kiran Nadar, Director, HCL Corporation, an acclaimed Bridge player and 2018 Asian Games Bridge Medallist, said, “Bridge is a mind sport and with about 750 trillion possible hands, it can help improve reasoning skills and both long and short-term memory. We have seen a sort of revival for the sport during the pandemic as the tech platforms to play bridge are attracting more and more younger players taking to the sport. I am delighted that the 18th HCL International Bridge Championship has seen the same level of enthusiasm in a virtual format as in our physical events. I want to welcome all players who are joining us virtually from around the globe to compete in the Championship and I am quite looking forward to some exciting matches over the next eight days.”

There are 54 teams in Gold event, 67 in Silver event & 9 teams in Bronze event (for beginners).

The Gold & Silver Team of four events will be played in 2 stages. The stage 1 will constitute of 10 rounds (each of 10 boards) of Swiss League to be played over 2 days after which the TOP 16 teams will qualify for the stage 2 KO stage. The KO stage will consist of Pre-QFs, QFs, SFs (all 4 sessions of 10 boards each) and the Final & Play-off (4 sessions of 12 boards).

The Match Point Pairs event will be played in 3 elimination rounds (each elimination will be of 2 sessions of 24 boards) followed by Finals. There will be an IMP Pairs event on the last 2 days of the tournament, which can be played by anyone not reaching the 3rd elimination of MP Pairs.

We wish all the best to the participants and let the best team win.

On a sad note, we regret to inform the untimely demise of Mr. Azwer-ul-Haque of Karachi, Pakistan after a long illness. He was the Secretary and Vice President of BFAME (Bridge Federation of Asia & Middle East). The Bridge fraternity of Asia has lost a good friend, an able bridge administrator and a great human being. May his soul Rest in Peace. Our heartfelt condolences to his family (his wife Zeenat Azwer has represented Pakistan ladies many times in Bridge and his daughter) friends.