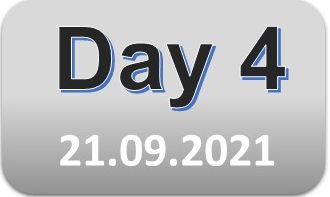 The Pre-quarter finals (4 * 10 boards) of the GOLD & SILVER event were played yesterday.

In the Silver event, team PRAYAS won narrowly to TARUN by 10 IMPs; DR. SSMC team outclassed TBA by 37 IMPs, though TBA tried hard to recover well from a huge deficit winning the last set by 44 IMPs; TALLURI comfortably beat SNAPDRAGON by a huge margin of 90 IMPs; JAGORON who were ranked lower than their opponents in the league defeated opponent PRABHAV by a huge margin of 118 IMPs; GANGA GOMTI easily defeated SURPRISE by 90 IMPs; DR. SANGHI beat GREAT ROYALS in a tough match by a mere 17 IMP; SAHYADRI had an easy time against MG SPORTS winning by 44 IMPs and In the last match JIYA has the better of SPARTANS by 42 IMPs.

Today the Quarter final matches (4*10 Boards) will be played. The line up of the QF matches will be:

The kibitzers can watch the broadcast of the QF matches on the website kibitz.realbridge.online. It will be a half an hour delayed broadcast to take care of the security of boards.

GOOD LUCK TO ALL THE TEAMS FOR THEIR QUARTER-FINAL MATCHES.

The second major event of the HCL Championships 2021 – the OPEN MATCH POINT PAIRS will also commence today. A total of 260 pairs are participating in the event. The event will have 3 elimination rounds, each of 2 sessions of 24 boards followed by the Finals to be played on the last day of the tournament on Sep 26.