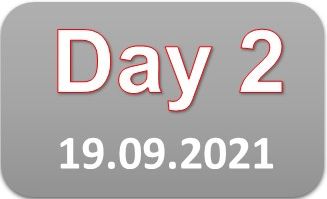 The 18th HCL International Bridge Championship started yesterday. There are 130 teams (54 Teams in the GOLD, 67 teams in the SILVER & 9 teams in the Bronze event) participating in the championship.

The Swiss league for Gold & Silver events which will be played for 2 days constitutes of 10 rounds (each of 10 board matches), after which the top 16 teams in GOLD & SILVER events will qualify to the knock-out pre-quarter final stage of the tournament. In the Bronze event, the 9 teams are playing an all-play-all round robin of 8 board matches.

5 more rounds will be played today, after which the TOP 16 teams in Gold & Silver event will qualify for the knock-out last-16 stage.

In the Bronze event, Team URBANE GAMING (Abhishek Sarkar, Akash Saha, Soham Chakraborty & Sanjay Chakravarty) with a score of 88.67 VPs are leading after 6 rounds. Team CRACKERJAX with a score of 85.43 & VAGABONDS with 80.98 VPs are in the 2nd and 3rd positions respectively.

In Bronze event, 3 more rounds of round-robin will be played today morning. The top 2 teams will play the final (3 sessions of 8 boards each) in the afternoon.