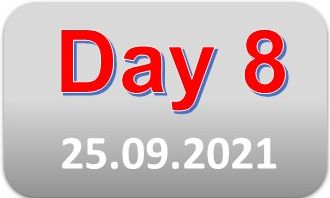 The Team of Four finals & play-offs for both GOLD & SILVER events were played yesterday.

The two strongest Indian bridge teams FORMIDABLES & TEXAN ACES were pitted against each other in the Gold team finals played in 4 sessions of 12 boards each for the coveted “Naresh Tandan Trophy” .

The first set saw Texan Aces taking an early lead of 18 IMPs. On board 4, Formidables missed a slam losing 13 IMPs and in the next board itself they were in a wrong contract to lose another 13 IMPs. Board 9 again saw them giving 10 IMPs but they recovered 13 Imps on the next board, when Texan Aces missed a slam in hearts. Texan lost another 6 IMPs on board 11, when they did not reach the minor suit game in clubs, which ws duly bid by opponents.

Formidables came back strongly in the 2nd set winning it by 29-1. They gained IMPs in 9 boards only losing a solitary IMP in board 17. The lead was now in favour of Formidables, who led by 10 IMPs at half way stage.

The 3rd set saw Texan Aces turning the table with some good scores. On board 26 they bid a slam in spades gaining 13 IMPs, which could not be reached by their opponents. They further consolidated their lead winning another 12 IMPs on board 18, when 6 clubs was nicely bid by them, where Formidables played in 3NT making 12 tricks. Board 34 again gave them another 10 important IMPs, when their opponents overbid to four spades, which was punished. The final score of set 3 was 41-15 in favour of Texan Aces, giving them a lead of 16 IMPs after 3rd set.

4th set saw some ding-dong battle between both the teams but finally Texan Aces was able to restrict Formidables to a solitary gain of 1 IMP (22-21), thus winning by a margin of 15 IMPs and win the coveted “Naresh Tandan Trophy” and a prize purse of Rs. 3.5 lacs. The runners-up won Rs. 2 Lacs prize.

In the Silver event for the “Mohini Tandan Trophy” , we had team GANGA GOMTI pitted against DR. SSMC team in the 4*12 boards final.

GANGA GOMTI took an early lead of 10 IMPs, winning the 1st set by 41-31 but then DR. SSMC not only recovered the deficit but took a lead of 13 IMPs, winning the second set by 43-20 IMPs. They won the 3rd set by 40-36 to consolidate their lead to 17 IMPs. GANGA JAMUNA tried hard to recover but no such opportunity was given to them by their opponents who drew the last set 29-29 to win the match by 17 IMPs and take the coveted “Mohini Tandan Trophy” and a prize purse of Rs. 80,000, The runners-up won Rs. 50,000 prize. The final score of the Silver event was:

Yesterday, the 2nd session of the elimination-2 was played in the OPEN MATCH POINT PAIRS EVENT.

124 pairs participated in the elimination-2 round, out of which the top 52 pairs have qualified to the elimination-3 round. The 52 qualifiers will be joined by 18 seeded pairs (the semi-finalists from Team of Four Gold & Silver events) and the 70 pairs will play the 3rd elimination of 2 sessions of 24 boards today. Out of 70 pairs playing in elimination-3, the TOP 27 pairs will go to MP Pairs GOLD final, pairs ranked 28th to 55th will play in the MP SILVER final and 56-70 (15 pairs) will go to the IMP Pairs final.

The leaders of elimination-2 rounds are: